(Hemedti) summoned as witness in court of killing demonstrators Fatwa

Khartoum, Nov. 16 (SUNA) – The court trying the accused in case of killing of demonstrators, has summoned the Vice-President of the Transitional Sovereignty Council, Lieutenant General Mohammed Hamdan Daglo (Hamedti), to testify in the session next Wednesday, corresponding to the twenty-third of this November, in the case filed by the father of one of the martyrs against the ousted President Omar Hassan Ahmed Al-Bashir and his deputy, Ali Othman Mohammed Taha, the head of the dissolved National Congress Party, Ahmed Haroun, and the former parliament speaker, Al-Fateh Ezz El-Din, whom were accused of incitement to kill demonstrators.

During the court session in the case of the (Fatwa) for killing demonstrators, today, in Maulana Dr. Ibrahim Ahmed Othman’s hall at the Institute of Judicial and Legal Sciences, headed by Maulana Zuhair Babiker Abdel Razeq, the judge of the General Court, where the court heard the testimonies of the complainant in the case, Abdul-Baqi Ahmed Mohammed Al-Amin, the father of martyr Al-Nazir Abdul-Baqi, who was martyred in the sit-in of the demonstrators in front of the General Command on April 9, 2019.

The complainant Abdel-Baqi, who is 63 years old, explained that his son died of a gunshot wound to the head, as he was among the demonstrators, and who He is a graduate of Chemical Engineering from the University of the Red Sea, at the age of 28, and he is his only son.

The father of the martyr demanded from the court retribution from the four defendants, considering that Al-Bashir was then the head of state and he had the first word, while  the responsibility of Othman for his command of  the (Shadow Brigades), as for the third defendant, Ahmed Haroun, he brought a number of buses from the city of Al-Obeid with (soldiers) to disperse the unarmed demonstrators, and that the accused, Al-Fateh Ezz El-Din, is a leader in the National Congress, and he announced that they will cut off (the neck of anyone who raises his head).

However, the defense team made it clear that the accused, Ali Othman, was not a vice president at the time of the accident, and he had completely left the government since 2013, and that the speech of Al-Fateh Ezz El-Din was truncated, and because the person meant is the one who bears arms against the state, not the demonstrators.

The court heard to the first witness in the case, Ashraf Awad Al-Karim, who was with the martyr Al-Nazir in the sit-in area of ​​the General Command, who stated that the security forces tried for three days to raid the demonstrators on 7/8/9 April 2019.

He added that the raid was conducted with live bullets, and that the injured ranged daily between (100-150), indicating that the demonstrations came against the National Congress and to overthrow the regime. 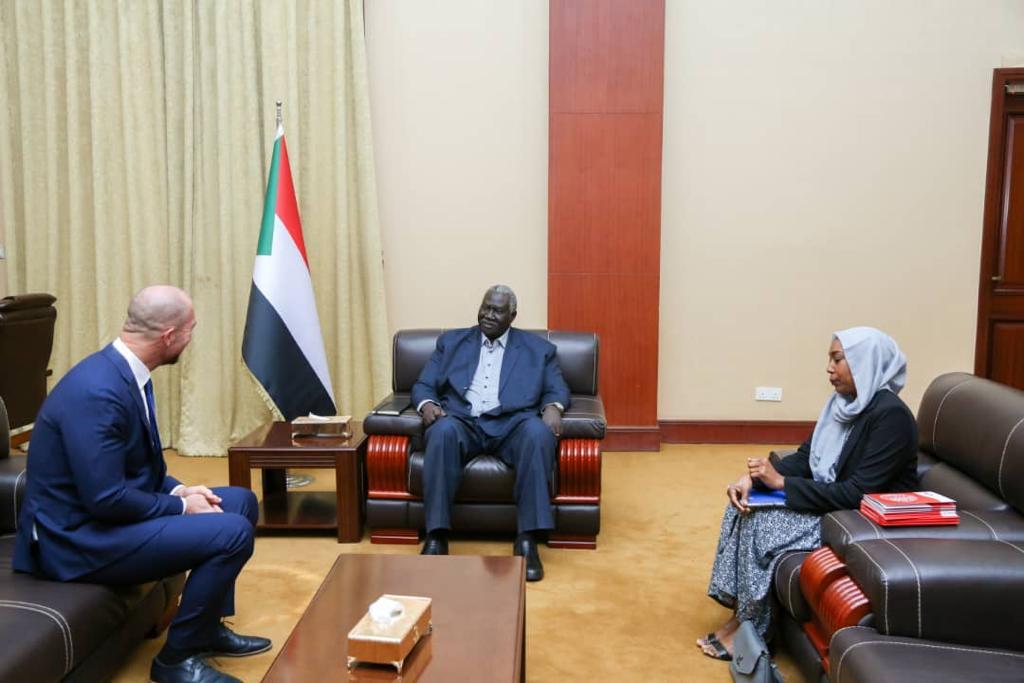